Gary Hawks and his wife, Candice, stand in front of cases laden with goodies at their bakery in Conway. (ROBERTO GONZALEZ)

It was 1979, eight years after Charlie’s Gourmet Pastries first cranked up its ovens in Orlando’s Conway neighborhood, when Charlie Hawks, Jr. and his team nabbed the sweets commission of a lifetime. The job: Bake a cake to serve 5,000 for NASA’s Kennedy Space Center to mark the celebration of the historic 1969 Apollo 11 moon landing’s 10th anniversary. The specs: Create a 5-foot by 10-foot yellow cake with buttercream frosting. The decoration: Design an image of an eagle landing on the moon, planet Earth in the background, and the inscription, “Apollo 11, 10th Anniversary, 1969-1979 Launch and Lunar Landing, Kennedy Space Center.”

That job was one of several high points since Charlie’s opened its doors 50 years ago, within days of the October 1971 grand opening of Walt Disney World Resort, says Gary Hawks, Charlie’s youngest son and current baker-owner of the Conway-area sweets purveyor, renowned for its pies, cakes, cookies, pastries and holiday offerings.

Creating KSC’s toothsome celebratory dessert was no small feat. When the math and baking were done, it took 50 sheet cakes, stacked and spread across a support frame of two-by-fours and plywood, to accomplish the order. The bakery rented space next door to have enough room to assemble and decorate the colossal confection, Hawks says.

“It was really something. My brother, Stanley, made the moon shot and the eagle—he really put the artistry into it, and Dad did the bordering and icing.” Getting it out the door and into a waiting van was the next challenge, Hawks says. “On the morning of the event, 20 guys showed up at 6 a.m. and lifted this thing out the door at an angle, hoping like heck it didn’t slide off the frame. It was insane!”

And it was a huge success at the Space Center event. Then-KSC Director Lee Scherer presented Charlie’s with a signed photo of the cake scrawled with a message: “To Charlie—Our deep appreciation for the beautiful cake which contributed greatly for a very special day…”

All in the Family

Charlie Hawks, Jr., who died on Christmas Day in 1996, was 50 when he launched his gourmet pastry operation following two decades of baking at Wolfie’s deli and bakery in Miami Beach. His father and grandfather had been bakers, and Charlie and his wife, Mae, had reared six sons in South Florida as Charlie perfected his kitchen skills at Wolfie’s. Their eldest son, Charles III, was working in Orlando real estate during the summer of 1971 when he discovered the abandoned bakery space in a small strip center on Orlando’s Curry Ford Road. He promptly called his dad in South Florida.

The family packed their belongings, moved to Orlando, and opened the bakery by October, says Gary, who was 17 at the time. Charlie baked and Mae ran the counter until 1981, when Gary took over the mixers and ovens so his parents could spend more time with their grandchildren. Through the years, most of Gary’s brothers, his children, and his wife,    Candice, have chipped in to help the bakery team of six and another half dozen loyal employees, especially during holidays.

Hawks still follows his father’s recipes and sticks to the family motto that “butter makes the difference.” The bakery menu bulges with more than 150 items, and hasn’t changed much over the years, but Hawks recently introduced his version of a black-and-white tuxedo cake inspired by his daughter, Carey Ellen Adams.

Although running a six-day-a-week business can be tiring, Hawks says working as a baker is as instinctive for him as pairing milk and cookies. Some of his favorite projects include making his popular eclairs and marzipan rainbow cookies and cakes.

“Baking is just basically chemistry,” he says. “I do it because I feel creative and it gives me pleasure to make people happy. It’s very rewarding, and that’s what keeps me going.”

Sam Butler, a longtime friend of the Hawks family, says Charlie, and now Gary, have had the personalities, community spirit, expertise and drive to keep the bakery chugging along, even in hard times. “It’s very difficult for a business to survive unless you have a friendly, accommodating staff and a quality product,” says Butler, a local resident and Embry-Riddle Aeronautical University professor who once traveled the world as a pilot for Pan American Airways. Butler has shopped at the bakery at least once a week since he moved to Orlando in 1979. “I’ve probably not missed more than a week or so.” His family favors the bakery’s strawberry cheesecake, and Butler regularly picks up cookies for the staff of his doctor’s office. “I can’t see the doctor until I bring the toll, which is a box of something from Charlie’s,” he jokes. 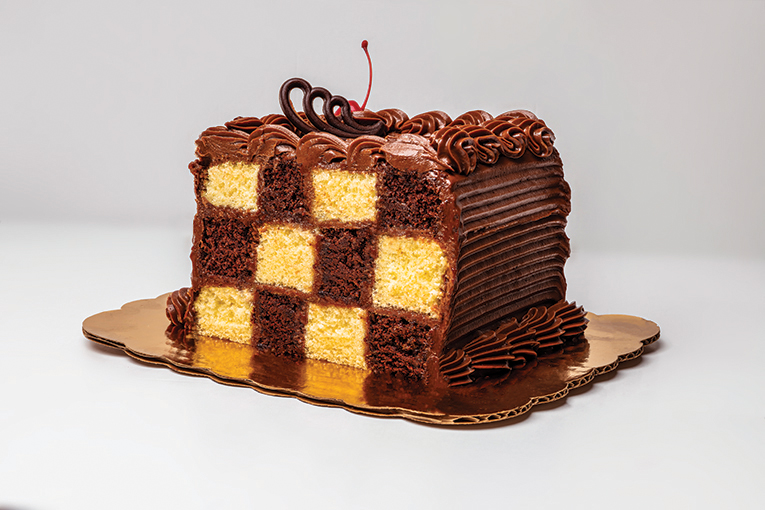 After its 1971 opening, the bakery built a steady community-wide business. So, Charlie decided to open a second, larger bakery with a deli on Corrine Avenue, near the old U.S. Naval Training Center base where Baldwin Park is now located. But the ‘70s recession hit the community hard, and the Corrine store closed within two years, Hawks says.

Despite those difficult times, Charlie’s on Curry Ford was able to grow its customer base. Carol Holcomb became a devotee, and would stop in to buy pastries for tea parties with friends, cookies for the Girl Scout troop she co-led, and brownies for school bake sales. Holcomb, now in her early 80s, has since cut back on sweets, but can’t resist Charlie’s egg custards. When her adult nieces come to town for a visit, they always drop by Charlie’s first. “They think his brownies are the best,” she says.

Another Conway resident, Florida State Senator Linda Stewart, has been a Charlie’s regular for decades. “I’ve tested probably all of their stuff,” she says with a laugh. “But the very best, in my opinion, are their pies—the crust just melts in your mouth. And if you need croissants or cookies for the office, the ladies get you in and out quickly, so I can understand totally how they stayed in business for 50 years. I’m so glad they made it through the pandemic.”

Although the summer is typically a slower season for the bakery, business during the pandemic summer of 2020 actually boomed and remained 20 percent higher through the year, Hawks says. “People weren’t going to restaurants, they weren’t going on vacation or to the movies or taking kids places—so if you still have a job, you’ve got money,” he says. “They wanted good food, good wine, and good dessert because, if you’re going to sit at home, you’ve got to have a bit of fun! You want something good!” 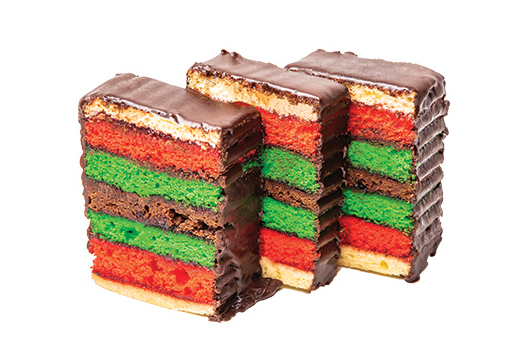 In the early days, when 1960s-‘70s TV bandleader Lawrence Welk performed in Orlando, Charlie Hawks was asked to bake a cake for the celebrity’s 70th birthday, Hawks says. “My Mom and Dad watched that show every time it was on,” he says. “Dad was honored to make that cake for him.”

A few decades later in 1996, when Walt Disney World Resort prepared to celebrate its 25th anniversary, Charlie’s Gourmet Pastries catered desserts for a promotional party that Disney officials hosted at Orlando’s Amway Arena. “We supplied cheesecake squares, cream puffs, Napoleons—high-end dessert pastries in miniature—thousands of pieces of dessert,” Gary says. “Almost all of our regular work came to a halt and it took all my staff to get it done and out the door.”

Of course, it was also Charlie’s 25th anniversary, and Hawks decided to celebrate with a special deal for his customers. He and his team baked 25 different flavors of dessert cakes, from strawberry shortcake to German chocolate, cut them into small squares, and sold them at 25 cents each.  “They were such a hit, I had people standing out the door like at Disney for 12 hours a day from 7 a.m. to 7 at night. We were sold out every day,” he recalls. “This year, I won’t be doing anything that crazy. I was young and energetic then.”

For Charlie’s Gourmet Pastries’ 50th anniversary, Gary invites readers to follow the bakery on Facebook and Instagram, and to stop by and celebrate with him and his team. “It’s a milestone. People have been calling us an institution for 25 years, and I never paid much attention to that—I don’t need hoopla to get through the day,” Hawks says. “But I guess we are an institution when it comes down to it. It’s a rarity. And I thank all our loyal customers and our terrific staff for sticking with us and making it happen. It’s very rewarding.”

Orlando meals truck proprietor feeds homeless together with her earnings