Houston troopers say no to communism

Local // History of the city of BayouJR Gonzales, Employed author

After more than 30 months in detention, two Houston soldiers returned to Texas after being released by communist forces in Korea.

Reached by Zarko Franks of the Chronicle, Sgt. Johnny Trevino laughed at attempts by the communists to convert him.

“You gave up on me quickly,” he said.

It didn’t work for Sgt. Neither does Joe E. Ramirez.

“They loaded us with propaganda, told us about the evils of capitalism and how much better the world would be if the wealth were shared,” he said. “Man, I didn’t buy that stuff.”

Houston Police are responding to reviews that two law enforcement…

Almost a month after the Korean armistice was signed, they returned home as part of a prisoner exchange that put an end to fighting on the Korean peninsula.

Ramirez recently turned 89. Trevino was fatally shot in a domestic incident in 1972.

(As an aside, Trevino’s family lived at 81 I and GN Place, which stands for the International and Great Northern Railroad. That road no longer exists, but it followed the I & GN tracks near Hutchins and Franklin north to the bayou. Shotgun For part of the way, the streets lined the street along the tracks. The houses have long been demolished.) 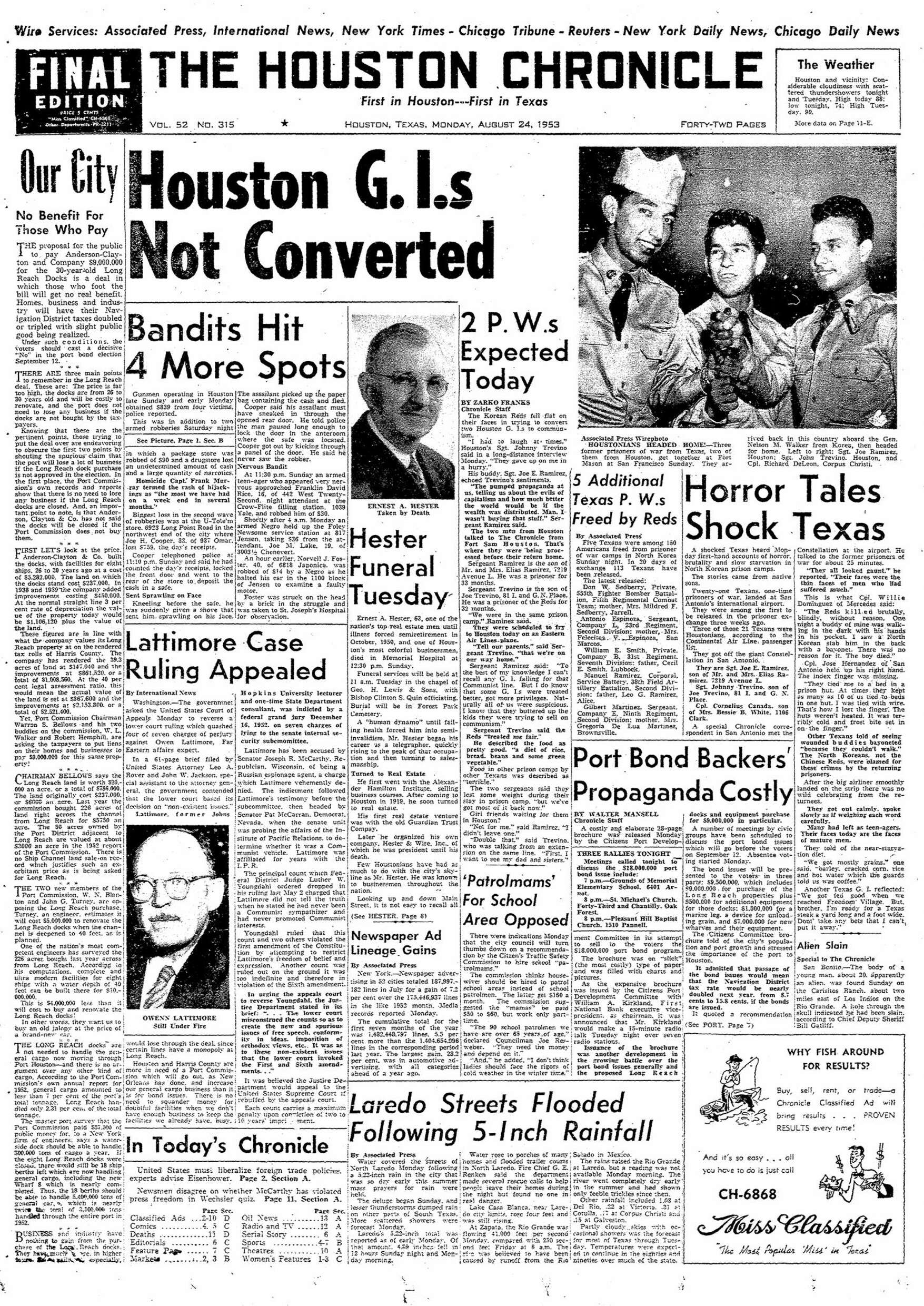 JR Gonzales, a native of Houston, is a web producer for HoustonChronicle.com. Before that he was a news editor. Since 2006 he has been running the Bayou City History blog, which covers various aspects of Houston’s history.

Prior to joining the Houston Chronicle, Gonzales worked as a night cop for The State newspaper in Columbia, SC, and later as an editor. He has also worked as a court reporter for the Corpus Christi Caller-Times. Gonzales is a graduate of Journalism from the University of Houston.