The future home of the Conservatory and the first Dave’s Hot Chicken location in Texas are on the Crossing in Midtown. Image courtesy of the Oxberry Group.

When it opened downtown in April 2016, Winter garden was Houston’s first food hall. After numerous problems with the room, it was closed in December 2019, however Mr. Maywith whom the business is common Lian Nguyensaid it would reopen elsewhere. The nature of this return has changed. Originally, the conservatory was to be relocated to where Chapman & Kirby is east of downtown. That deal failed, but the Food Hall now has a permanent home in The intersection in Midtown Development at 610 Dennis between Smith and Louisiana. Houston-based Oxberry Group is leading the development project.

Shepard Ross, a partner in Mai and Nguyen’s other food businesses – Bravery Chef Hall and the upcoming Railway Heights Market – is also involved in the conservatory’s new location.

According to the main architect Pejman “PJ” Jameawho founded the Oxberry Group with his brother, Sean Jamea, the Conservatory’s owners have already submitted drawings of the new space to the City of Houston. With this in mind, Jamea estimates an opening date sometime in May. 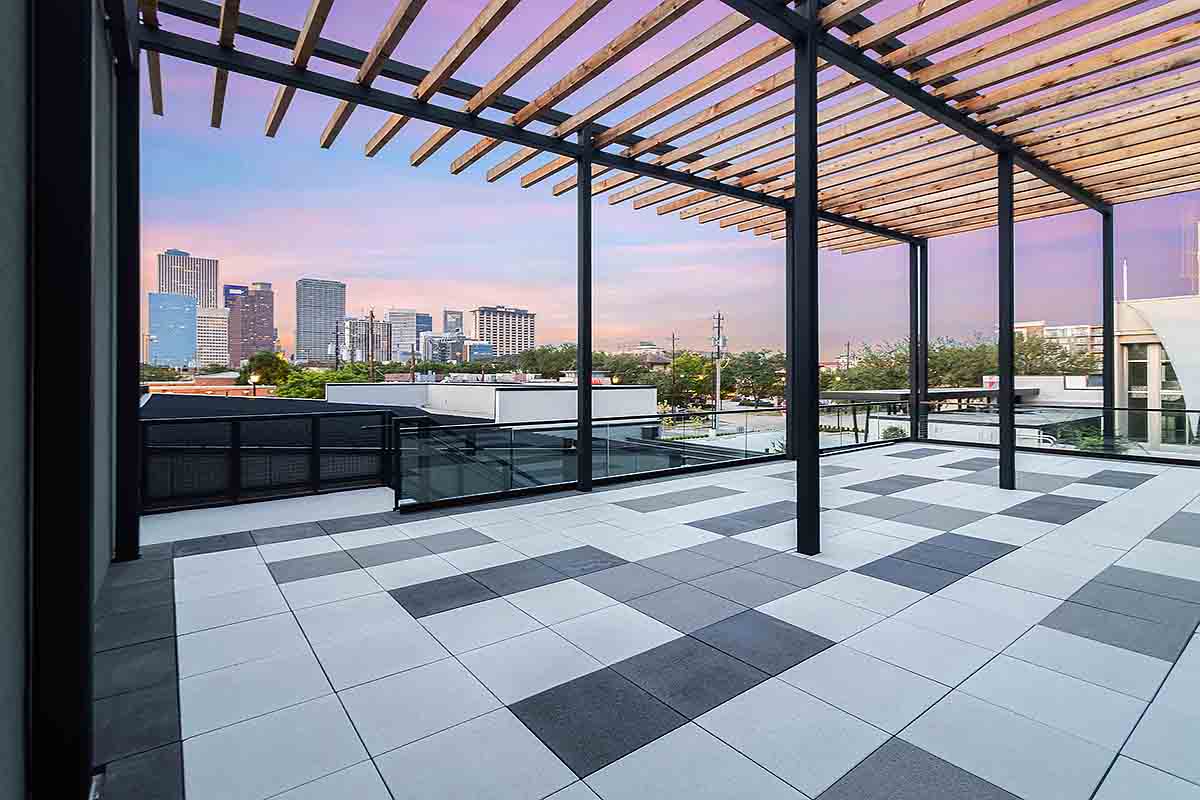 The new location of the Conservatory will have a 4,000 square meter terrace. Image courtesy of the Oxberry Group.

Conservatory also has a neighbor from next door on the way: Dave’s hot chicken, a Nashville-style hot chicken company with 11 locations in California and one in Canada. It appears that the Houston site is the first in Texas.

In the coming weeks, expect to hear from the individual food and beverage suppliers who are renting space in the new conservatory.

The place are the towers on the hospital constructing in Houston?