In what’s shaped up to be a remarkably unpleasant weather event, Houston is expected to have mostly below-freezing temperatures at least through Wednesday, February 17 and possibly through Friday. It’s not a good idea to drive to work. In fact, city officials have asked Houstonians to hunker down, the National Weather Service for Houston and Galveston has issued a winter storm warning (and stated explicitly to stay home and do not travel) and there’s already been dozens of car crashes. As if more problems were needed, rolling blackouts are happening across Texas and the Greater Houston area, including the Heights, Montrose and Katy.

So, conscientious restaurant owners who normally operate on Monday are choosing to not do so — and it’s fair to say that opening Tuesday and Wednesday is still up in the air.

Here are the restaurants that are not open on Monday, February 15. If you don’t see your favorites on the list, call ahead — but don’t be surprised if no one picks up the phone. As much as we love supporting Houston restaurants, this is a good time to enjoy some soup, grilled cheese and hot chocolate at home — if you are among the lucky to have electricity. If you don’t, be aware that Centerpoint Energy is saying that your power is not likely to come back on tonight, so this may be a good time to consider staying somewhere else. We’re hearing that some hotels with power are already starting to sell out.

This list is being updated throughout the day. Restaurant owners can submit their closure information via email.

Blood Bros. BBQ, 5425 Bellaire: The acclaimed Bellaire Triangle barbecue joint isn’t open on Mondays and Tuesdays anyway, but co-owner Robin Wong pointed out that the inability to prep and smoke meats on Tuesday means that Blood Bros. has to remain closed on Wednesday, too.

Dandelion Cafe, 5405 Bellaire: Not only is it closed today due to weather, but there’s a  frozen pipes situation. According to an email, its not yet determined as to whether or not the café can open on Tuesday, February 16. Updates will be posted on social media.

Dario’s Steakhouse, 14315 Cypress Rosehill: This long-standing home of elegant dining in Cypress is shuttered on Monday due to the weather.

Galiana’s Tex-Mex and Agave Bar, 24110 US-290: Hope you have your own tequila at home, because this Cypress restaurant featuring scratch-made Tex-Mex dishes and agave spirits is closed today.

A beefy ribeye from a recent steak night at Marvino’s in Cypress. Courtesy photo.

Marvino’s Italian Steakhouse, 24002 Northwest Freeway: The suburban Italian restaurant, which recently turned its focus to steaks, is closed due to weather on Monday. Brasserie du Parc, 1440 Lamar: Chef Philippe Verpiand’s downtown Houston restaurant is closed on Monday. Whether or not to open Tuesday is still in question. East End Backyard, 1105 Sampson:  Former Houston Dynamo Brian Ching’s place is normally great for hanging out and relaxing outside, but not today.

Kenny & Ziggy’s New York Delicatessen, 2327 Post Oak: The beloved New-York style deli — which hasn’t yet moved into it’s new, bigger digs in a former Luby’s — is closed on Monday. A decision on whether or not to reopen on Tuesday is dependent on weather conditions. 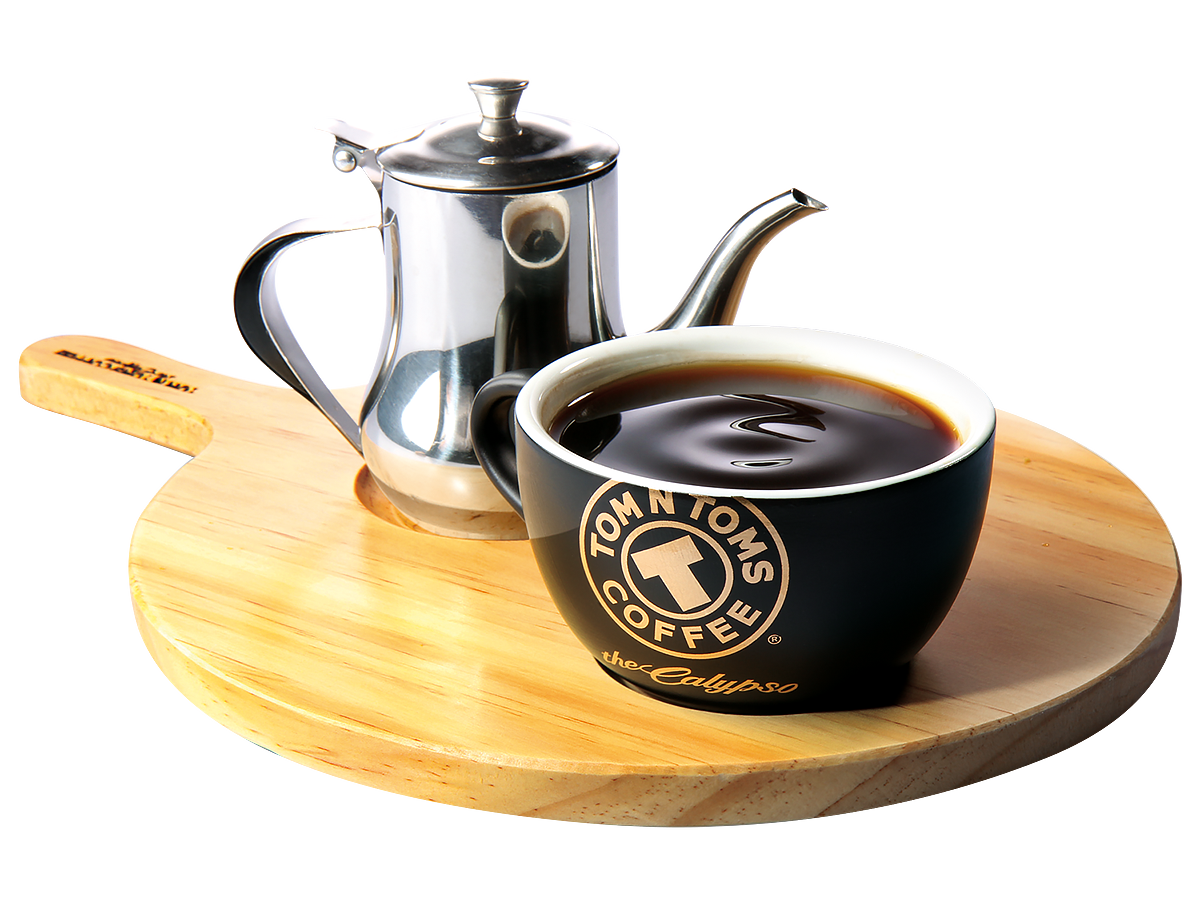 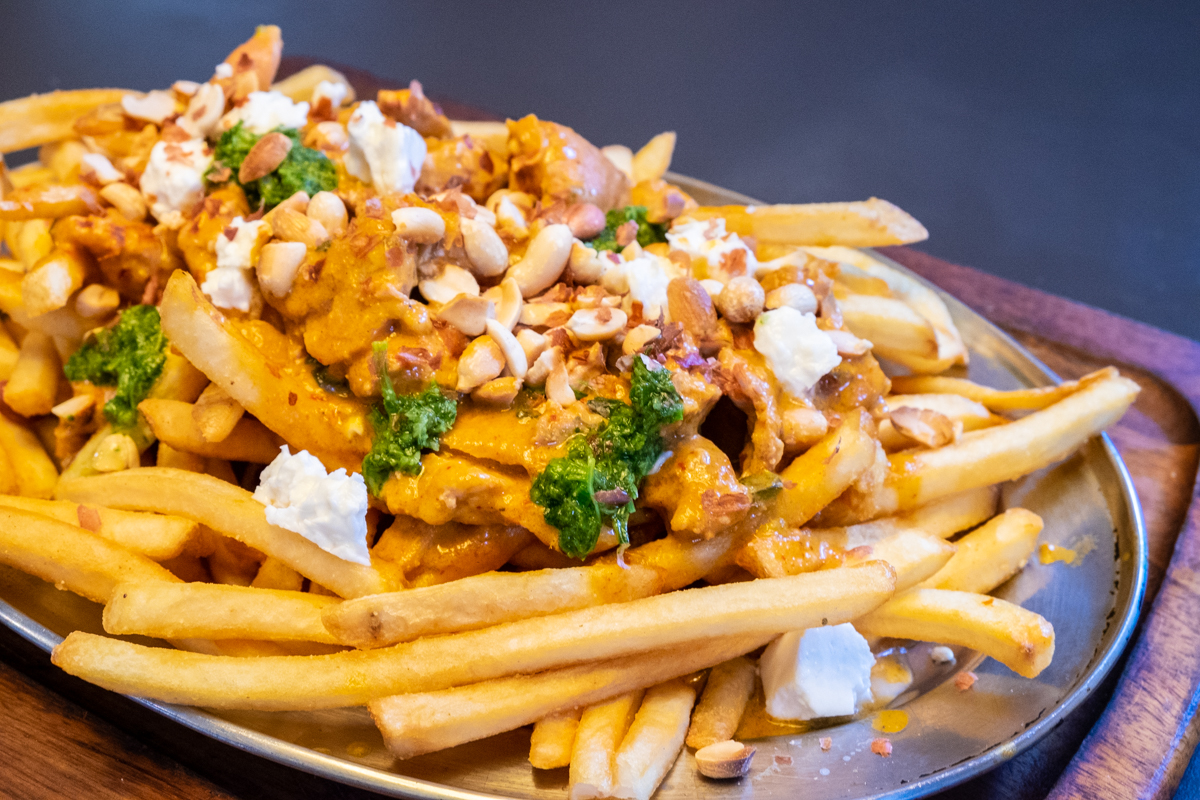 Dak & Bop, 1805 West 18th: This inventive restaurant specializing in both Korean fried chicken and innovative, chef-driven fare was named among our favorite restaurants of 2020. It is closed today.

The Taco Stand, 2018 North Shepherd: This new, casual eatery from the owners of The Burger Joint won’t be serving its wide range of tacos or handcrafted cocktails today.

Phat Eatery, 23119 Colonial Parkway: This Malaysian eatery — which just celebrated Lunar New Year 2021 and got a big shoutout for its Prosperity Salad from none other than Martha Stewart — is not opening on Monday.

Tobiuo Sushi & Bar, 23501 Cinco Ranch Blvd: This spot for elevated omakase experiences is closed until Tuesday at 11 a.m., weather depending. 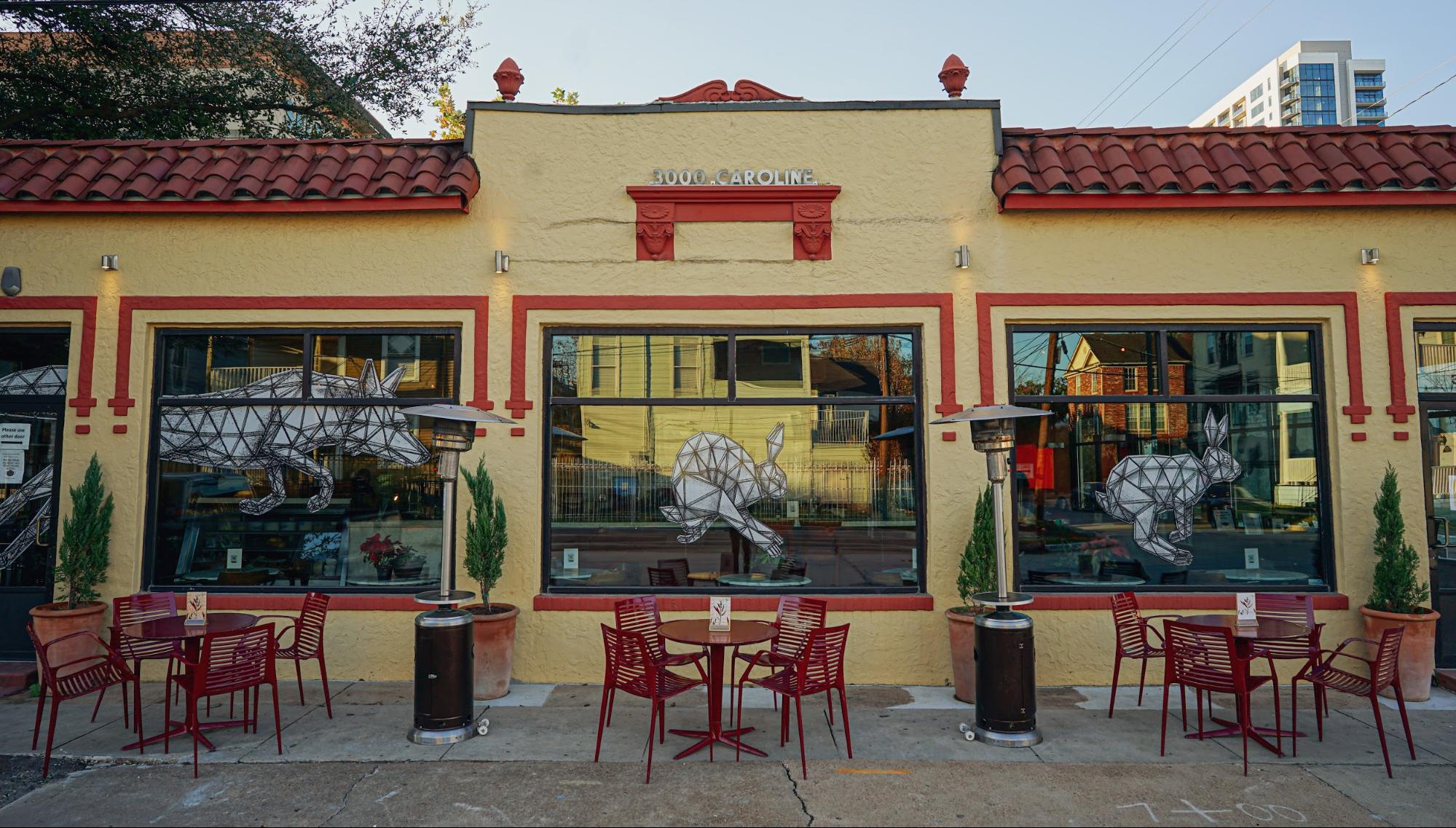 13 celsius, 3000 Caroline: Normally, this unique and popular wine bar is open from 4 p.m to midnight on Mondays, but general manager Adele Corrigan says that’s not the case today.

Axelrad, 1517 Alabama: According to owner Adam Brackman, there’s a possibility that Houston’s coolest beer garden and music venue is staying closed through Friday. “Ain’t no one gonna be outside drinking in this,” he wrote.

Weights and Measures, 2808 Caroline: The normally all-day eatery is playing it safe on Monday and staying closed. 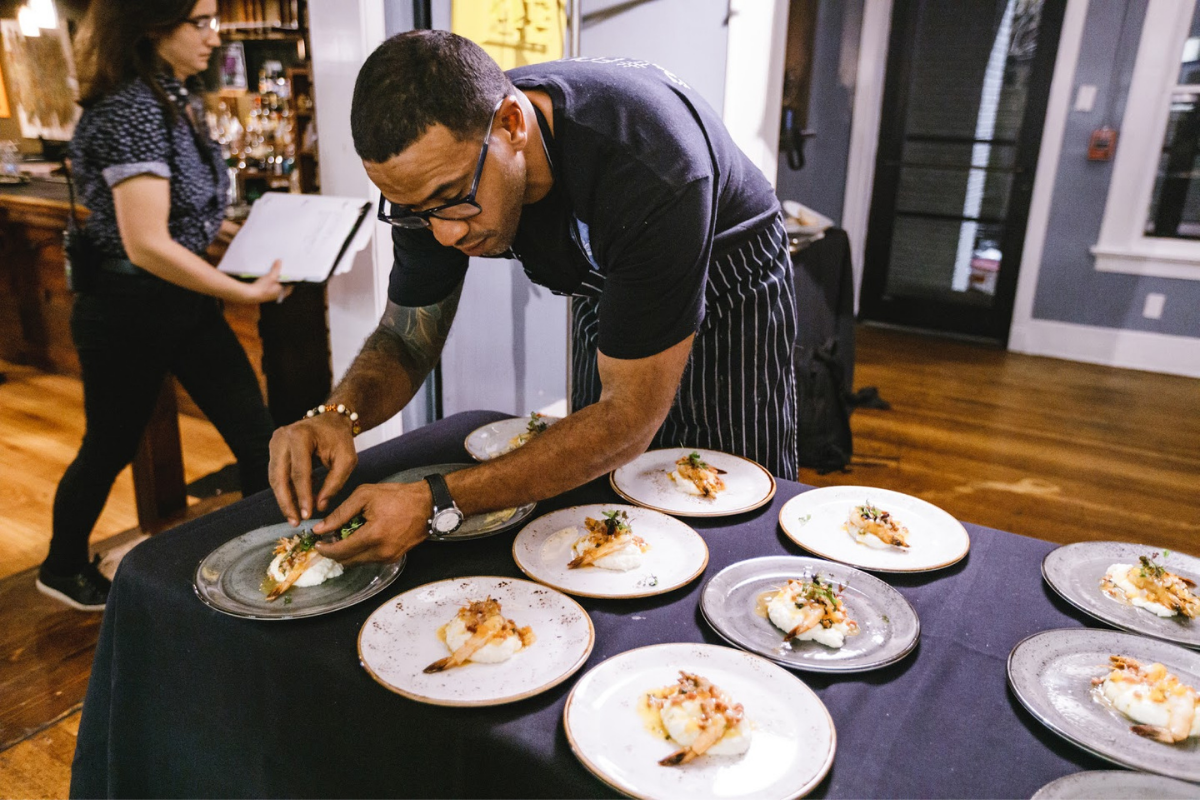 Lucille’s, 5512 La Branch: Sometime this year, chef Chris Williams will have multiple restaurants. For now though, Lucille’s is it, and he’s playing it safe by keeping it closed through Wednesday.

The Phoenix on Westheimer, 1915 Westheimer: Owner Vu Truong says, “Good thing last night we planned to be closed today, since we do not have power anyway.”

Ramen Tatsu-Ya, 1722 California: Although a steaming hot bowl of ramen sounds like perfect cold-weather food, diners will have to do without it today. (Perhaps make a nice, homemade soup instead.) Updates for operating hours the rest of this week will be posted on the restaurant’s Instagram page. Note that when open, the restaurant is currently only offering to-go and delivery.

Revelry On Richmond, 1613 Richmond: The sports bar and restaurant is not only closed today, but also postponed its annual Beer Olympics, originally slated from February 13 to 20. Riel, 1927 Fairview: You’ll have to do without the creative stylings of chef Ryan Lachaine tonight. We’ll see about tomorrow.

The Toasted Coconut, 1617 Richmond: According to bar manager Sarah Troxell, the tropical-themed establishment is always closed on Monday anyway, but due to the weather, it’s going to be closed on Tuesday, too.

Monkey’s Tail, 5802 Fulton: Normally open from 4 p.m. to 2 a.m. on Mondays, this bar with burgers, wings and pizzas is opting to not open today. Pizzitola’s BBQ, 1703 Shepherd: No one’s stoking the fires of one of Houston’s oldest indoor barbecue pits today, nor searing those popular slabs of baby back ribs.

Sticky’s Chicken, 2313 Edwards: If you were hoping to work off some nervous energy by gnawing on a dozen hot wings, you might have to turn to your own deep fryer. The restaurant in the Sawyer Yard center is closed on Monday.

Fajitas A Go Go, 5404 Kirby: The owners have decided to be closed not only on Monday, but also on Tuesday. The hope is to open on Wednesday for business as usual.

Under The Volcano, 2349 Bissonnet: The Day of the Dead-themed bar with a Latin American menu lays claim to being Houston’s first craft cocktail bar. Unfortunately, those freshly made concoctions won’t be available today. 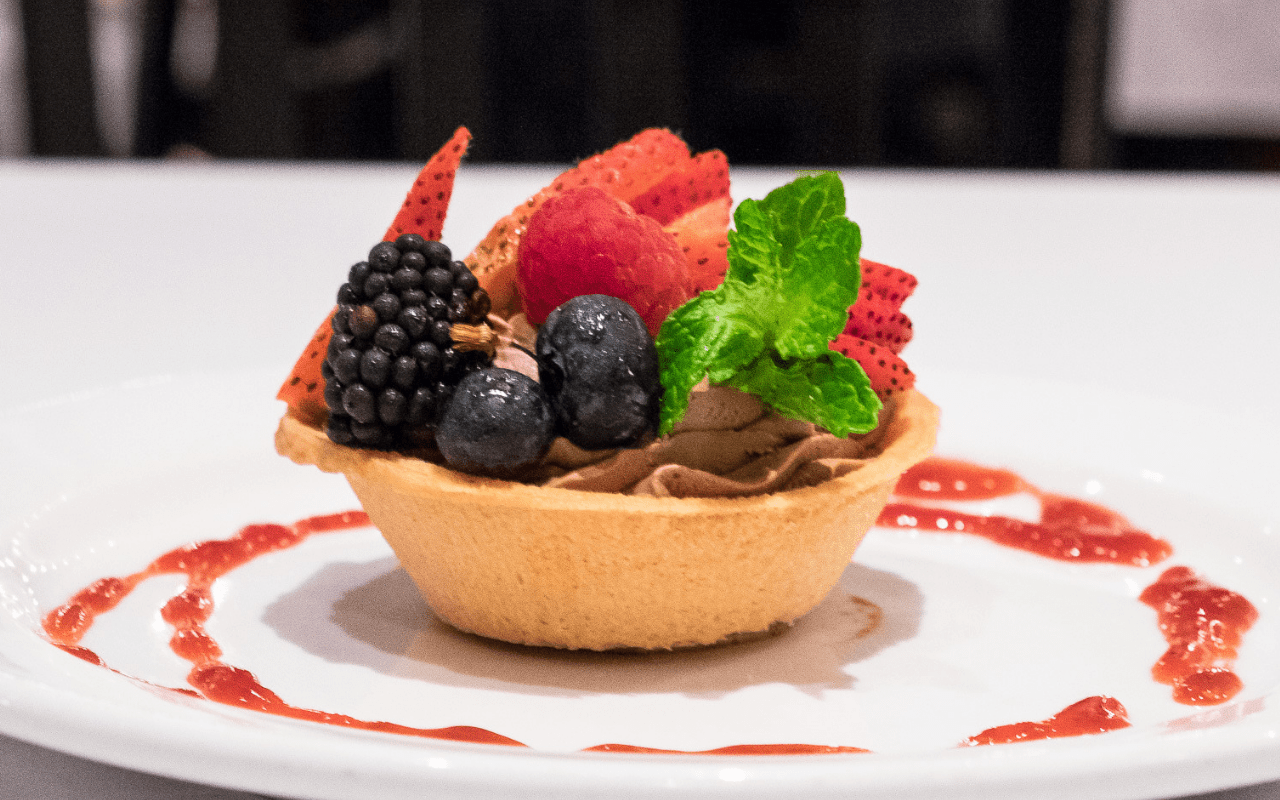 Ouisie’s Table, 3939 San Felipe: The genteel restaurant sadly won’t be offering its southern hospitality to anyone on Monday. The decision on whether or not to reopen on Tuesday will be made as the weather situation progresses.

Buffburger, 1014 Wirt: According to co-owner Sara Burden, this Spring Branch establishment known for its all-natural and hefty burgers isn’t opening on Monday.

Ember and Greens, 9403B Katy Freeway: The Hedwig Village restaurant is closed all day on Monday, and whether or not it will open on Tuesday is going to depend on road conditions. The owners expect to make that decision this afternoon. The infamous Blue Margarita surrounded by Tex-Mex dishes at El Patio aka “Club No Minors”. Photo by Becca Wright.

El Patio, 6444 Westheimer: No cigars, no minors — and for today at least, no queso, tamales or blue margaritas, either.

Roegels Barbecue Co., 2223 South Voss:”Here’s the deal,” wrote Russell Roegels to his e-mail subscribers. “I’m not taking any chances. We get to work before the sun comes up and I’m not willing to put my crews safety at risk driving on ice to get to work. We will definitely be closed on Monday and Tuesday. I’m going to see what’s going on Tuesday before I decide what we do on Wednesday.” His wife, Misty Roegels, added that, like most barbecue joints, they also need a day of prep before reopening. Hope you got some peppery, smoky meat to tide you over!

Alicia’s Mexican Grille: All five locations are not open on Monday due to weather. 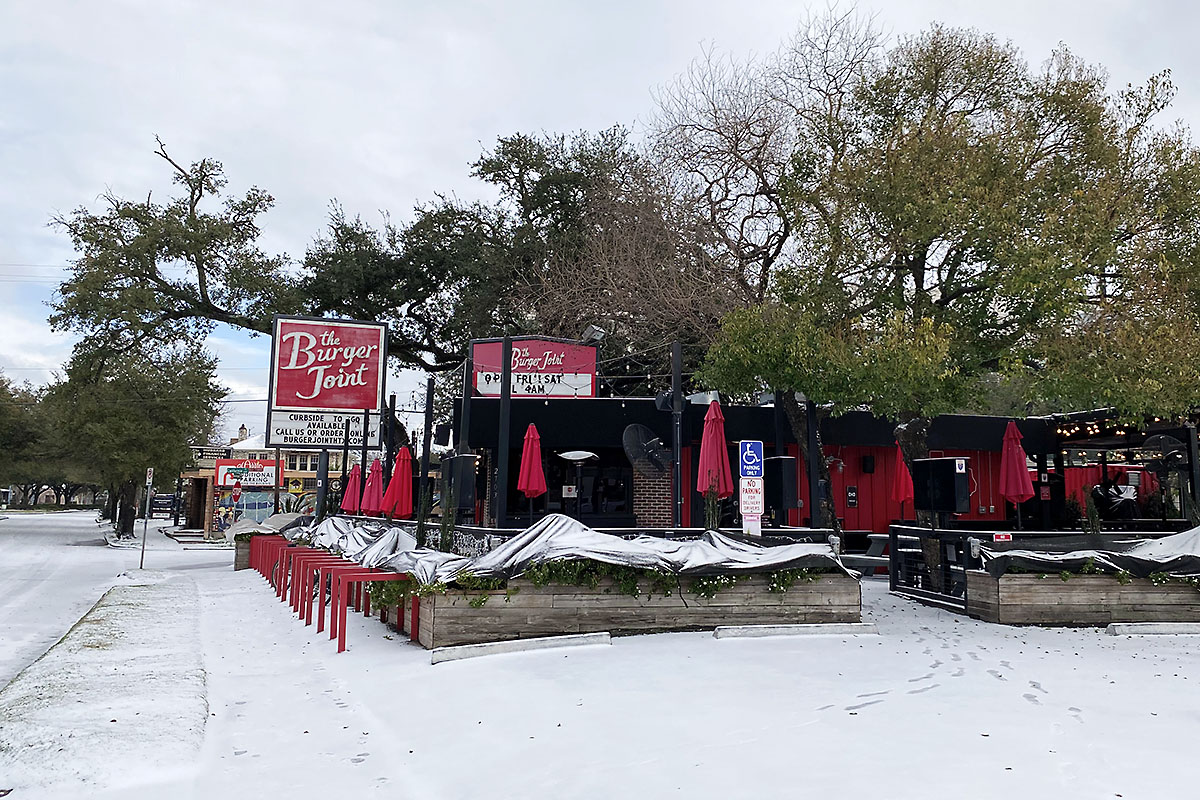 The Burger Joint in Montrose, blanketed in show. Photo by Sara Jackson.

The Burger Joint: Neither the Heights nor the original Montrose locations are firing up the flat-top grills today.

Churrascos: The long-running Latin American steakhouse has locations all over the Greater Houston area, but none are opening today. Furthermore, the business owners have decided to remain closed on Tuesday, too.

Dish Society: Right now, the plan is for all locations of the local farm-to-table restaurant chain to remain closed until Tuesday at 10 a.m. That said, owner Aaron Lyons is closely watching the weather and that could be extended if things don’t rapidly improve by tomorrow morning. 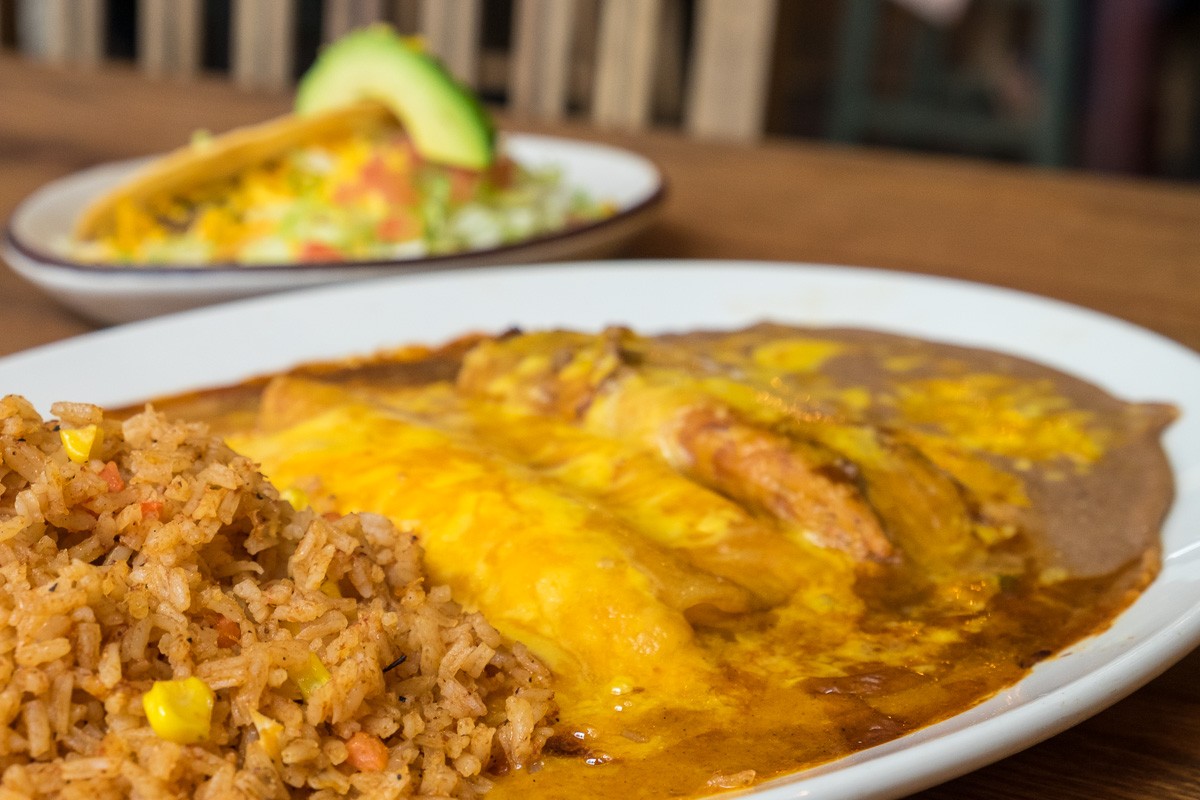 Molina’s Cantina: A representative for the venerable Tex-Mex restaurant business says that all three locations — Bellaire, Westheimer and the more recently added Fulshear location — are closed until 11 a.m. on Tuesday.

Roostar Vietnamese Grill: According to co-owner Linda Nguyen, both the Spring Branch and Galleria locations of this acclaimed Vietnamese restaurant are closed on Monday. “We may close tomorrow as well if roads aren’t cleared for our team safety and if vendors aren’t operating,” she said.

Sylvia’s Enchilada Kitchen: Both the West Houston and Galleria-area locations are closed through lunchtime on Tuesday. The expectation is to reopen for dinner Tuesday — but call ahead or check your Friendly Neighborhood Houston Food Finder for updates before you head out.

Houston Food Bank, 535 Portwall: Sadly, one of the best resources for Houston’s hungry can’t serve them today. Both the main office and warehouses are closed until possibly Tuesday.

Houston Wine Merchant, 2646 South Shepherd: Hope you stocked up on interesting wines and warming spirits in advance of the freeze, because this beloved independent wine shop is closed on Monday.

Spec’s: All Houston-area stores are closed, although some in other Texas cities are open until 6 p.m.

Houston sisters reunited with misplaced pet who, regardless of being microchipped, was adopted to a different household