The hit listing: New Houston eating places to go to in Could 2021

This spring, the April showers bring not only may flowers but also more food as more Houstonians are fully vaccinated and ready to go out and eat. This edition of the hit list still contains a few favorites from last month as well as new additions such as an East East wine bar and the Houston outpost of a New Orleans favorite.

You will find more than just oysters at Acme Oyster House. Courtesy photo.

Acme Oyster House – Houston, 1201 Westheimer: This New Orleans staple, which has served oysters since 1910, opened its doors this April in the former El Real Tex-Mex Café in 1201 Westheimer. In the sprawling former cinema, Houstonians can now like Acme favorites Oyster Rockefeller Soup and Boo fries, French fries with roast beef sauce and cheese. Acme took advantage of Houston’s local culinary scene and worked with the people of Bread Man Baking Company to create the bread for his famous Po-Boys and added new menu items just for this place. These new dishes include the Lobster Dipwho have favourited Lobster Tails mixed with cream cheese, onions, garlic, celery and Romano cheese, and assorted tacos like that Boom Boom Tacos, made from Acme’s Boom Boom Shrimp, Chipotle Ranch Slaw, and Spring Onions. To sip your oysters, Acme offers an extensive wine and beer menu and cocktails like the Killer buzz made with Sugar Island Rum, Hiram Walker Blue Curaçao, Sierra Mist, and pineapple juice. 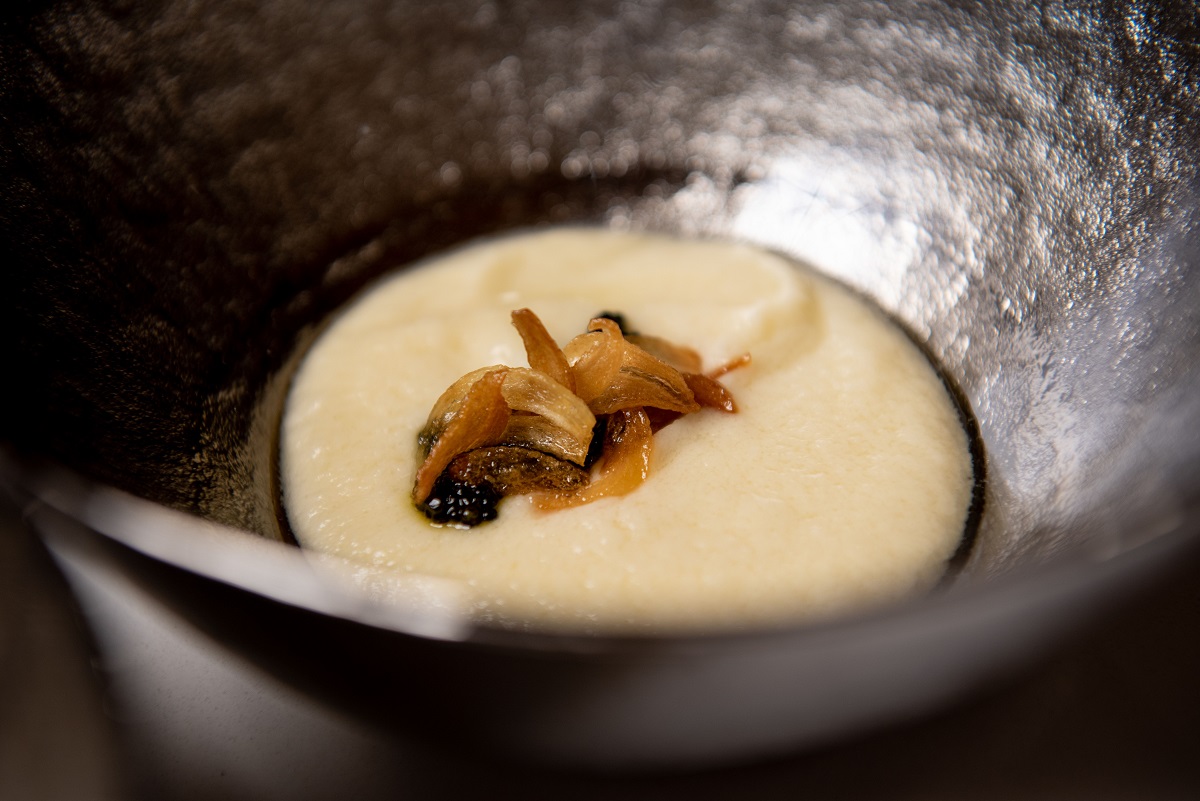 Cauliflower puree with garlic and caviar at degust. Photo by Kat Ambrose Photography.

Enjoyment / fun, 7202 Long dot: boss Brandon Silva and bar manager Steven Salazar of The Kirby Group (to which Wooster’s Garden, Heights Bier Garten and Holman Draft Hall belong) opened the Degust restaurant with tasting menu and the cocktail bar Diversión next door in mid-January. Every concept is ready as a goal. Diversión offers a changing cocktail menu and the Degust menu is characterized by influences from Spanish, Mexican and southern cuisine as well as Japanese cooking techniques. The result is quite interesting. The current menu has two options: the Green pill for vegetarians and Purple pill for omnivores. Both menus contain recurring seasonal items (which may change depending on the quality and availability of ingredients) such as Meyer lemon nori and Kohlrabi with peas and carrots. Guests can also enhance their meal, including osetra caviar, bluefin tuna, fresh black truffles, and foie gras. Reservations are strongly recommended. 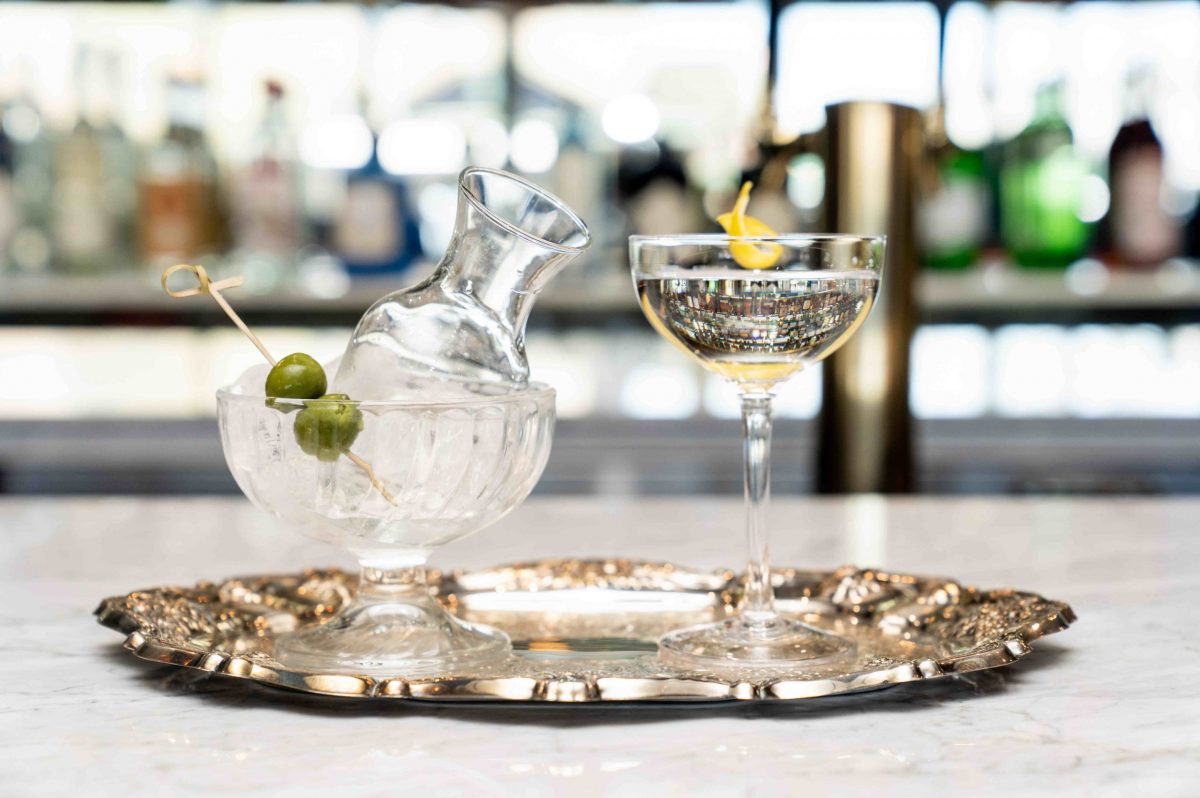 Sweep it, 1050 mare wood: Lance sweeping and his restaurant group FEED TX have converted the former location in Heights Liberty Kitchen & Oyster Bar for the chef’s first restaurant of the same name. Fegen’s serves classic American cuisine, which is heavily based on southern Italian cuisine. Guests can like their meal with appetizers Meatballs & Fennel Sausage with tomato veal sauce, basil, cherry pepper and salted bread and then order Linguine & mussel sauce optionally with red or white sauce. Sicilian style pizza is also on the menu with well-known staple foods such as Margherita and signature combinations such as Purple Rain with fried aubergine, fresh ricotta, tomato sauce, basil and Sicilian olive oil. Those who like it meatier can choose from a selection Steaks, chicken dishes or a love-it-or-hate-it classic: Liver and onions. For dinner, Nicole Meza, whose bar experience includes stints at Weights + Measures and Julep, has a cocktail list of classics like this Sazerac and original preparations like the like stay with bourbon, lemon juice, passion fruit and grapefruit bitter. 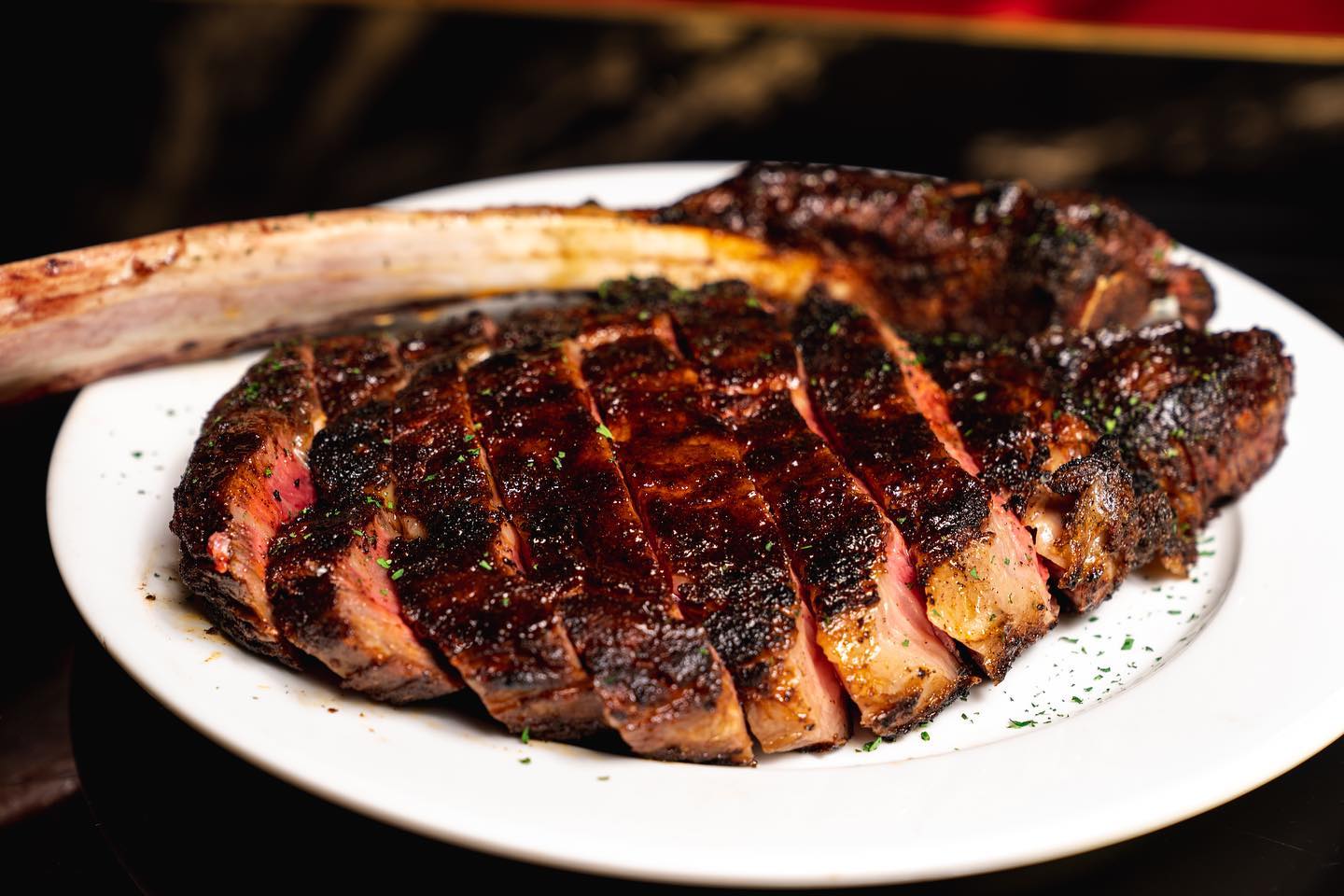 Steak is on the menu at Gatsby’s Steakhouse. Courtesy photo.

Gatsby’s Prime Steakhouse, 4319 Montrose: Housed in the former Pax Americana room, Gatsby’s Prime Steakhouse‘s opened its magnificent doors in March. If you haven’t been there, don’t worry, this intimate dining experience is picking up as more Houstonians go out on special occasions. The decadent menu (don’t say we didn’t warn you, your dinner will be more expensive) has two delicious devil egg options: fried or topped with fried shrimp and bacon jam. There is also one customizable seafood towers and a bevy of steak options like a 24 ounces Pottery house and the 40 ounces “Tomahawk” Ribeye. Since no steakhouse is complete without side dishes, Gatsby’s offers up to a dozen to accompany your steak, from the usual suspects like Schnitzel fries and baked potatoes to specialties like Burned cream corn. At the bar, Gatsby’s offers over 20 wines by the glass, a large selection of bottled wines and homemade cocktails like the Large Gatsby, made from Wheatley vodka, lillet and grapefruit juice, and the Simple James with Presidente brandy, honey, spices and ginger beer. 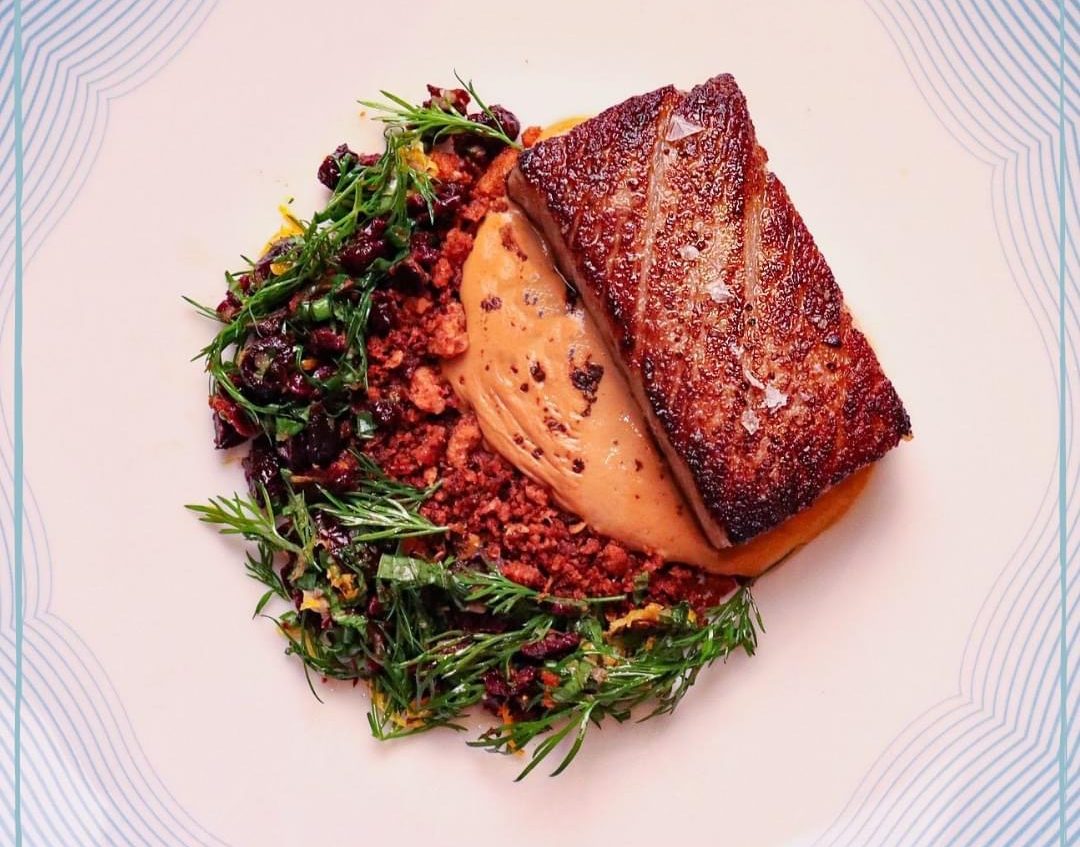 The tuna Ventresca in March. Photo by Abbie Arnold.

March, 1624 Westheimer: For Goodnight Hospitality, at the corner of Kuester and Westheimer, one last store has long been planned – and it debuted on the last day of the month of the same name. After guests got a taste of the pop-up lounge in 2020, March finally opened as head chef / co-owner along with Rosie Cannonball and Montrose Cheese & Wine Felipe Riccios Restaurant with a tasting menu. The first menu in March focuses on that Berber coast through courts like Tuna Ventresca and Fifth quarter tagine – an interpretation of the Moroccan slow-cooked, hearty stew.

Thanks to general manager / sommelier Mark Sayrethere are over 11,000 bottles to choose from in the mature wine cellar. These come from all over the world, with an emphasis on small, independent producers. The cocktail program from Alex Negranza (formerly Tongue-Cut Sparrow and Anvil Bar & Refuge) offers unique, complex cocktails with deceptively simple names like artichoke, made with calvados, cinnamon, fig and orgeat, and thymewho combines tequila with vermouth, bitter and celery. 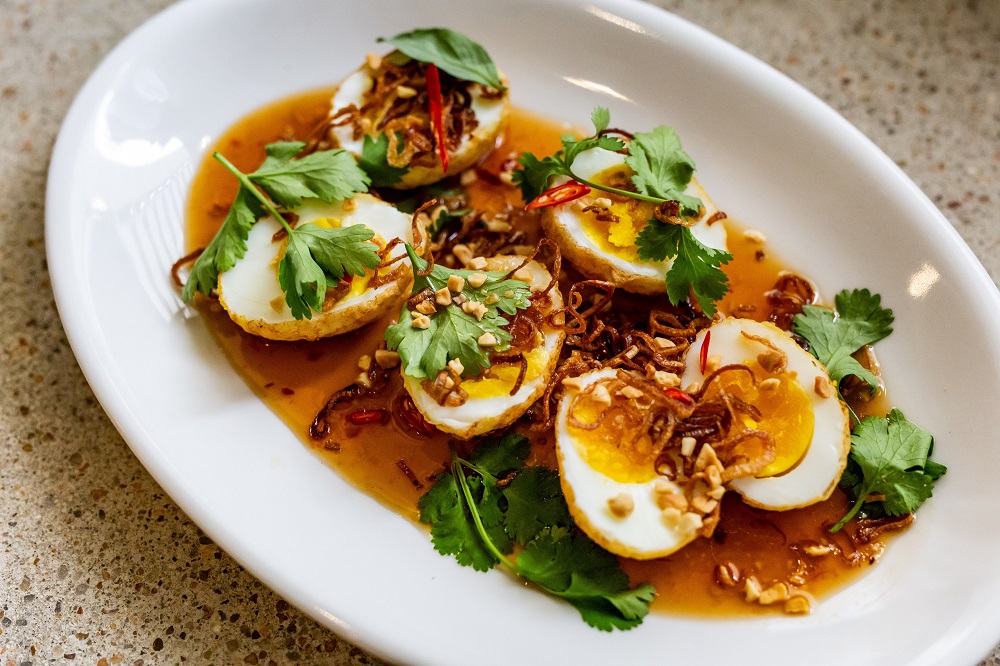 The forbidden eggs in the Nash. Photo by Kirsten Gilliam.

The Nash, 1111 rusks: This downtown restaurant inside the old Texaco building that has been converted into luxury apartments opened earlier this year. It has a stunning, dog-friendly outdoor area, a floor-to-ceiling bar, and an open kitchen centered around a wood-burning pizza oven. cook Omar Pereney, best known for his work as the head chef of the now-closed site sand When he was just 21 years old, he developed the menu for The Nash as a consultant. Dinner and happy hour are on offer for now (with brunch and lunch for the coming weeks as more downtown shops return to the new normal), standout snacks and entrees include the Prohibited eggs Crispy, sweet and hot served with tamarind sweet chili sauce, coriander, Thai basil and crispy shallots, Korean Bacon Bao with Gochujang barbecue sauce, cucumber, pickled onions, peanuts, coriander. The Cauliflower paneer curry Starter with peas, jasmine rice, seasoned tomato sauce, garlic flatbread is definitely worth a visit. 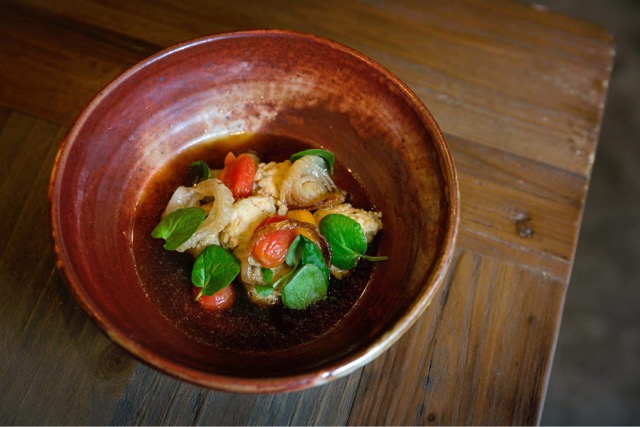 The fish dumplings in the Roots Wine Bar. Photo by Emily Jaschke.

Roots wine bar, 3107 Leland: Wine lovers have a new destination in the East End where they can even pour their own wine. With a rotating list of over 50 wines on tap available in one, three and five ounce passes, Roots wine bar aims to provide guests with an interactive experience that is tested prior to purchase. In addition, guests can take bottled wines with them to eat and take home. As a destination for both wine and food, Root’s Kitchen is under the direction of the Chef and General Manager JD Fouché, who cooked at Houston’s favorite Reef and Riel, focuses on local Gulf Coast cuisine with about a dozen items that change regularly. (New dishes are coming this month, including two new crudo dishes.) Current choices include lighter dishes such as roasted beets topped with beetroot roasted caraway seeds, whipped goat cheese, fennel and rocket with sunflower seeds and fried Galveston Bay oysters with corn flour, sugar cane crystal crema, Peppadew relish and coriander. Include heartier options Chicken Ballotins served with pea puree, beets, oyster mushrooms and Jus de Viande. 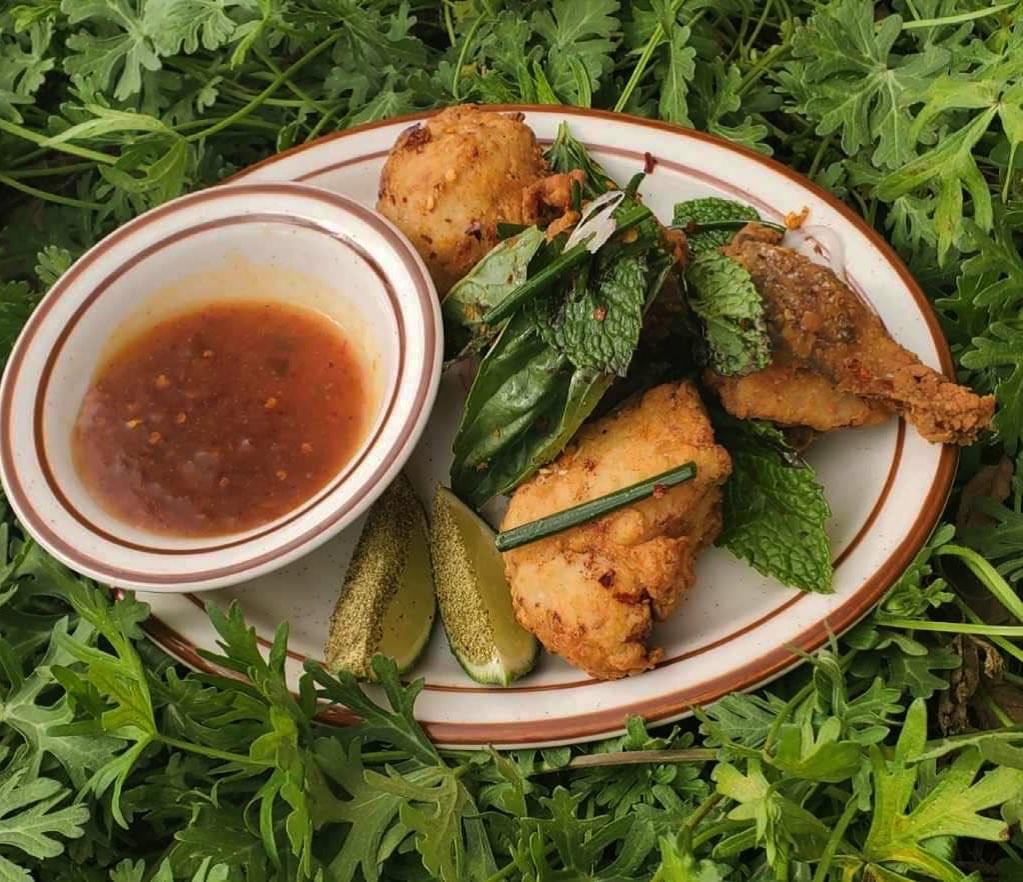 Tiny champions, 2617 McKinney: Chef’s Second Endeavor Jason Vaughan and Sean Jensen of Nancy’s hustle and bustle took care of his pizzas and pasta early on – thanks to the dough-making skills of the bread and confectioner Julia Doran. But that’s not all the restaurant serves. In addition to fried chicken with whey The menu pictured above also offers shareables like fried clams with saffron and lemon aioli and Smoky fried mozzarella balls with marinara. Bridget Paliwoda, formerly from Oxheart, takes care of the wine so you know you can’t go wrong with that. By the way, don’t miss the homemade desserts, including Sesame cake, Chocolate Angostura “Salami” and Ice creamto include current flavors Malt with hazelnut praline and Toasted almond. Get a free pinch of Maldon salt on request or pay $ 2 for a luxurious topping of Pedro Ximenez sherry, roasted meringue, cold brew coffee, or something equally divine. 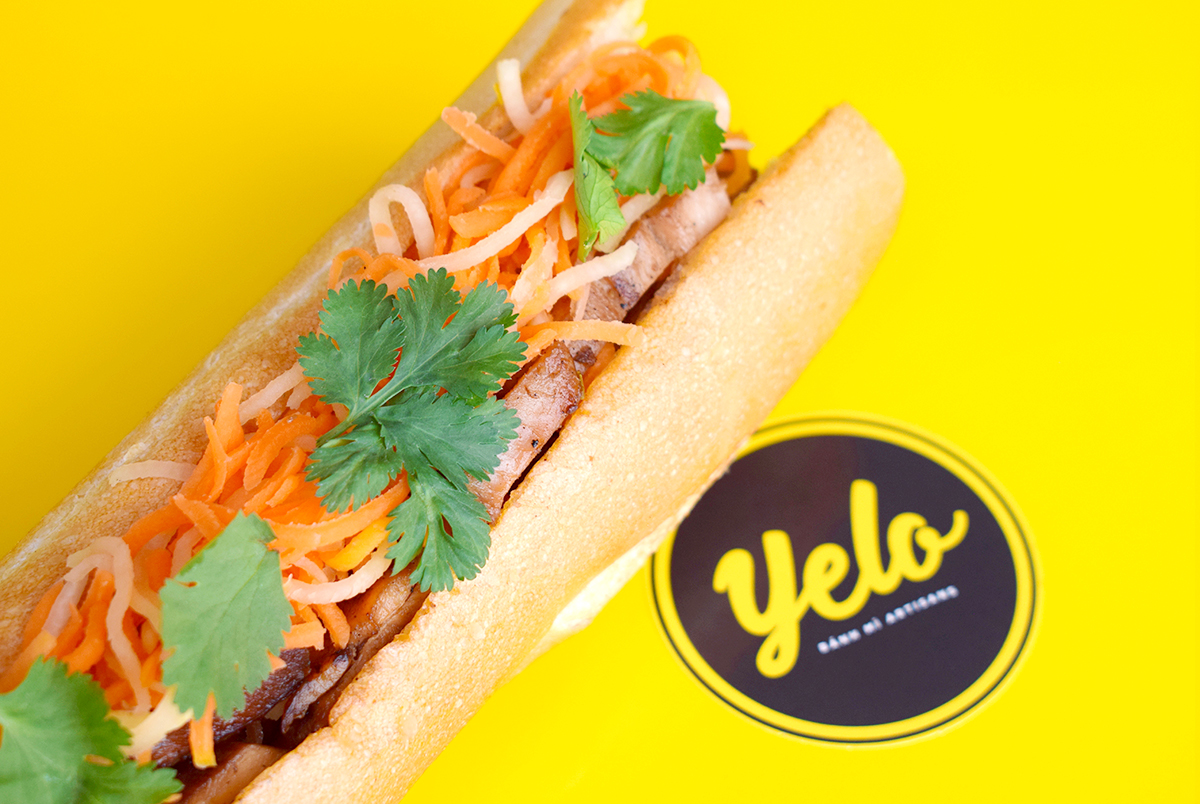 YELO, 23119 Colonial Parkway, Katy: Good news: Yelo, from Phat Eatery’s Alex Au-Yeung and Cuc Lamwho made a name for themselves through ChefsFeed, briefly as the driving force of the short-lived SING restaurant, as the driving force of the short-lived SING restaurant, as a pop-up cook, has now opened next to Phat Eatery. This means that his eye-catching Bánh mì is available every day, including the Char Siu Xiu Mai Banh Mi named Houston Chronicle’s restaurant reviewer Alison Cook as Favorite Dish of 2020 when it was available at the short-lived Phat Kitchen Ghost Kitchen at Blodgett Food Hall. Other must-orders include Lams Excellent Crab Rangoon and specialty drinks like that Pandan Iced Latte and freshly squeezed juices like that Green goddess with celery, cucumber, green apple, pear and lemon.

Disclosure: Phat Eatery is a Houston Food Finder sponsor and enables us to pay our writers and publish informative articles like this one. Are you interested in helping? Write us an eMail.

Stranded in South America: Couple making an attempt to get house to Houston after journey restrictions on COVID-19 have been tightened in Argentina